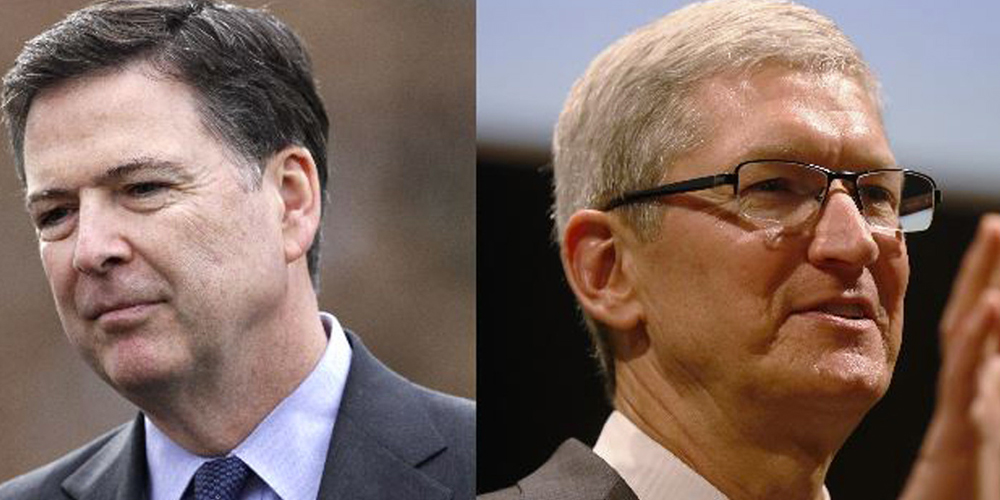 There’s a battle taking over the headlines this month. It’s not a story of a tiny David fighting against a giant Goliath, but rather of two equally powerful titans locked in a standoff. It’s Apple vs. the FBI, and the eyes of the nation are watching for a result.

After tragedy unfolded with another mass shooting in San Bernardino last year, many were left with questions about the shooters, their motives, and their potential ties to terrorism. As is their job, the FBI began pouring through the shooters’ histories leading up to the crime. This lead them to an iPhone belonging to the shooters, the contents of which the FBI believes could possibly prevent other potential acts of terrorism. The problem? The phone is locked and, without the help of Apple, the FBI can’t unlock it.

As of now, Apple is standing firm in their position to refuse to aid the FBI in unlocking the phone. While information on other seized devices and the Cloud have been accessible to the FBI, the information on this phone cannot be accessed without a passcode. And, as iPhone users know, Apple created the iPhone with a security system designed to protect users from thieves and hackers—a system that locks users out and deletes information after a certain number of failed passcode attempts. So in order for the FBI to access the phone, Apple would have to create what they’re calling a “backdoor” into the phone, a program that they believe would threaten the right to privacy for all American citizens should it be handed to the government. That’s what makes this case so unique: the FBI isn’t asking Apple to turn over something they already have; they’re asking them to create something brand new and turn it over for the government to use.

And so as the issue goes to court, the two Goliaths remain at odds, and the nation seems split as to who stands in the right. Some—including the heads of other technical giants like Twitter and Facebook—believe it’s a danger to give the government the power to access any and everyone’s private calls, texts, and emails without their knowledge. Others—including Microsoft’s Bill Gates and Republican front-runner Donald Trump—believe it’s worth the risk if it means the potential to locate terrorists in our country and prevent future attacks.

For my part, I stand on the side of Apple. And here’s why.

The government has a history of abusing authority under the guise of protecting America’s safety. And that abuse of power is a very real threat to the lives of citizens everyday. Just look at our history! Throughout the 1960’s, the FBI tracked every move of Martin Luther King, Jr. in an effort to prove ties to communism or illegal activity. The same can be said for the McCarthy Era, where the FBI used surveillance to pressure and threaten those they suspected to be communists. And of course the more recent gathering of Americans’ phone records, emails, and other private data under the authority of the Patriot Act, all of which was brought to light by whistleblower Edward Snowden in 2012. If these things have happened in the past, who’s to say they won’t happen again? If Apple creates a system that circumvents all its security measures, any government official, prosecutor, or politician can utilize it for the benefit of their cause. The right to privacy will be altogether gone.

The Powerful Truth here is this: the reward isn’t always worth the risk.

Our national leaders have to make tough decisions everyday, and this is just one of many examples of just that. They have to hold the risk up to the reward in an effort to make the best decision for the country. And in this case, the potential reward—the possible information on one iPhone—just isn’t worth the risk—the government’s access to every citizen’s private life. It’s a practice we can apply to our own lives when faced with life’s tough decisions. Ask yourself: is what I’ll gain from this choice worth what I’ll lose when I make it?