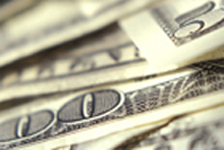 A good idea in the hands of the wrong people is worse than no idea at all. That sums up the proposal here by ten rich guys to legalize marijuana for their own financial gain.

Much like alcohol prohibition in the 1920’s, outlawing pot has been a huge failure. It’s given the business to Mafia bosses and made criminals of every high school student and business executive who lights up a joint.

But here’s something you didn’t know: The scheme to legalize marijuana in Ohio is being pushed by fat cats to give them a monopoly on the drug’s production. They’re picking up the tab for a ballot initiative this year in exchange for the exclusive right to grow weed on their property. These greedy millionaires claim they’re trying to help Alzheimer’s patients and treat kids with seizures. They may call themselves “Responsible Ohio,” but the only thing they’ll be responsible for is lining their own pockets.